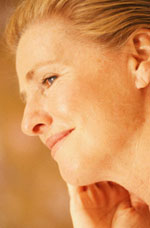 A forehead lift or “browlift” is used to correct a drooping browline (eyebrow area) reducing the horizontal lines and furrows (worry lines) that often make a person appear angry, sad or tired. The procedure creates a refreshed, youthful appearance to the forehead area above the eyes.

When performing a forehead lift procedure, muscles and tissue areas that droop or cause creases are removed or corrected to smooth the skin on the forehead to reduce frown lines and raise the eyebrows. There are two surgical methods, and during your initial consultation the procedure that works best for you will be recommended. The first is the most conventional method where a surgical incision is hidden just above the hairline. Browlifts are also performed using an endoscope which enables the procedure to be performed with a minimal number of incisions. While the traditional method can sometimes attain more lift, both methods create smoother, flatter skin on the forehead. 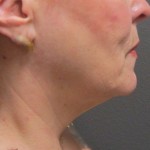 Over time, the long-term effects of gravity, exposure to sun, dry air, and general stress takes its toll on an individual’s face and neckline. Jowls can develop under the jawline with folds and fat deposits. Sometimes creases begin to form between the nose and the mouth.

A facelift can considerably reduce these signs of aging by removing excess fat, tightening the underlying muscles, and redraping the skin around the neck and face. Facelifts can be done alone, or frequently performed in conjunction with another procedure such as a browlift, eyelid surgery, or nose reshaping. If your problem areas are limited to the neck, a more conservative procedure, known as a “necklift” will be recommended. In some cases, a facelift can reduce the outward signs of aging by ten or fifteen years. 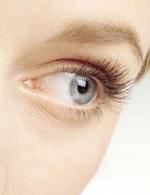 Eyelid surgery (blepharoplasty) is designed to remove excess skin and fat from the upper and lower eyelids. The procedure can correct drooping upper lids that tend to sag with time and the puffy bags below the eyes. Blepharoplasty can be done as a single procedure, or in conjunction with other facial surgery such as a facelift or a brow lift.

Surgery to reshape the nose, (rhinoplasty) is among the most common plastic surgery procedures. This procedure can reduce or increase the size of the nose, remove an unwanted hump, change the shape of the tip or the bridge, narrow the width of the nostrils, or change the angle between the nose and the upper lip. The procedure restores an improved balance between the nose and other facial features. We take great care to achieve a natural result and to avoid the “surgical” look.

Procedure Video  Before & After Gallery 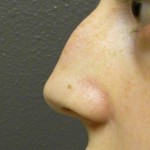 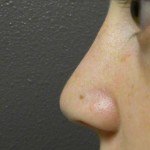 Chin augmentation is a common procedure performed to improve the balance of your facial profile and correct a “weak” chin or receding chin due to congenital deficiency, age-related bone resorption or facial trauma. A weak chin can make the nose seem larger or make the neck appear fatty and undefined. Chin augmentation with an implant is the procedure of choice for most patients with normally functioning teeth and jaw development. A chin implant gives more projection of the chin and a better shape. Some surgeons do this operation from under the chin which results in an external scar. Dr. Dehghan performs chin augmentation through an incision on the inside of the mouth with no external scar.

For a chin implant, the incision may be inside your mouth, along the crease that joins your lower lip and gums.

For the jaw the implants are generally placed through the mouth with incisions inside the mouth, further back along the jawline, at the crease where the inside of your cheek and gums meet.

Noticeable almost immediately, it will be obscured by visible swelling. It may take several months for swelling to fully go down.

Are you frustrated with sagging skin in your forehead region? Then the forehead lift and eyebrow lift, also called “the brow lift”, may be just what you’re seeking. This popular procedure is used to help reverse the aging process (think deep wrinkles and creases across your forehead caused by years of facial expressions and environmental effects). But don’t be fooled. Younger people are also candidates if they have inherited traits, such as lowbrow or other problems such as deep frown lines.

What Is a Brow Lift?

The forehead lift is also known as an endobrow lift, an open brow lift, or a temporal lift. The procedure cosmetically corrects sagging in the forehead skin, upper eyelids and eyebrows.

Dr. Dehghan will maneuver tissues and remove segments of muscles and skin that are responsible for wrinkles or deep frown. Sometimes, this procedure is performed in conjunction with a facelift or reshaping of the nose.

Think about it. You want your facial features to have the same contoured appearance. If you only have the work done on your forehead, other areas will appear more aged. If you are interested in learning about other procedures, you can discuss the options with your surgeon.

There are two methods to lift your forehead and eyebrow areas:

The classic lift involves one continuous incision, beginning at the level of your ears and going up around your hair line. Depending on where your hair line is, the surgeon will move the incision line to avoid a visible scar. For instance, if you are a man who is balding, Dr. Dehghan can make the incision mid-scalp, so the scar can be hidden in the remaining hair.

Here’s how the endoscopic lift differs: Instead of making one continuous incision, Dr. Dehghan will make a few shorter incisions in the scalp. He or she will insert a scope (small camera on the end of a thin tube) into one of the incisions in order to view the tissues and muscles from a screen. At the same time, he will use another device inserted in another incision to make the necessary alterations.

In this procedure, small titanium anchors are used to secure the offending tissue once it’s altered appropriately. Those anchors are tiny, but mighty. They’ll keep your tissue under control for years. Because the incisions are smaller, this procedure is less invasive. You will experience minimal scarring and shortened recovery time. Call our office today to schedule an appointment and discuss your options with Dr. Dehghan. 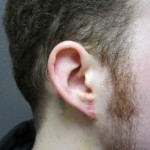 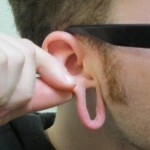 Otoplasty and ear reconstruction procedures are used to restore the normal appearance to the external ear. The need for such procedures can be caused by a wide range of situations ranging from birth defects, wearing of large jewelry over time or some type of trauma.  If the need for otoplasty or ear reconstruction is caused by a birth defect or accident it may be covered under insurance.  However if the ear abnormality was caused by an external force such as the wearing of large jewelry or ear gauges it will be considered an elective cosmetic procedure.  Otoplasty can take many forms, such as bringing the ears closer to the head (often called ear pinning), reducing the size of very big ears, or reshaping various bends in the cartilage. Other reconstructive procedures deal with the deformed, or absent (microtic) ears. Otoplasty surgery can involve a combination of moving, reshaping, adding, or removing structural ear elements.

For many ear operations, one or more incisions give access to the structures to be sculpted. The main, and often only incision, is behind the ear. Other possible incisions depend on what needs to be done. Through the incision behind the ear, the concha bowl can be moved closer to the head, a small tunnel created along the front of a poorly folded anthihelix weaken this cartilage, sutures placed to reshape the anti-helix fold, and to balance the ear lobe with the rest of the ear.

Ear reduction otoplasty may involve reducing one or more components of the ear. Incisions are typically hidden near folds in the front when a part of this surgery.

Addressing Microtia (small ear deformity) or Anotia (missing ear deformity) involve augmentation or adding elements to replace deformed or missing structures. Cartilage from the ear or rib are the most common for these more extensive reconstructions. Other ear shapes may be changed through moving, adding, and weakening ear structures.

Internal sutures often are permanent. The wound(s) are then closed with either dissolvable sutures or ones that are removed by Dr. Dehghan after the wounds have healed. An ear dressing protects the ear after surgery.

Once a patient has determined their wish to correct their situation they are welcomed to schedule a consultation with Dr. Dehghan to discuss their options.  During the consultation, Dr. Dehghan will discuss the desired results you are wishing to achieve, technical aspects of the procedure and the results you can expect. 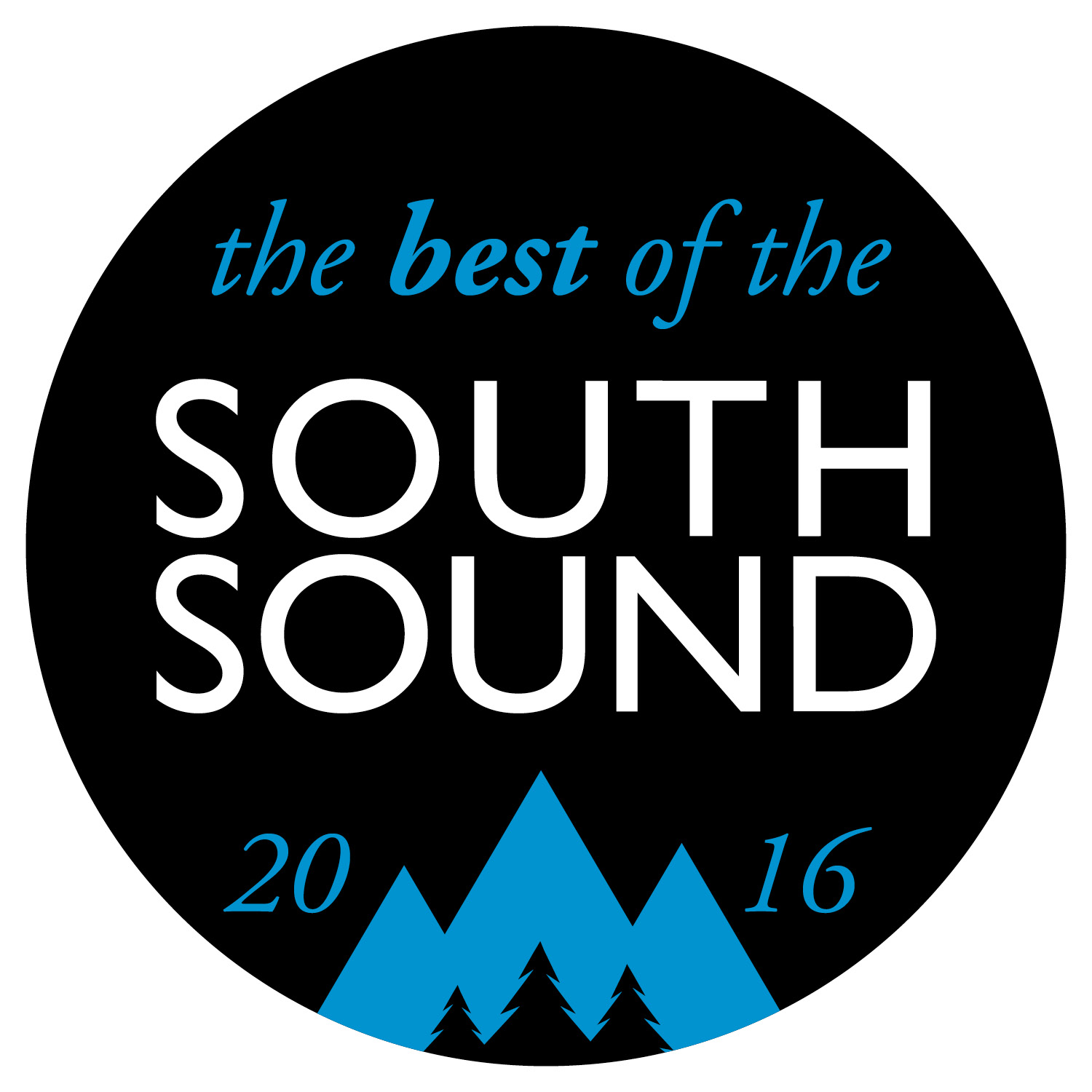